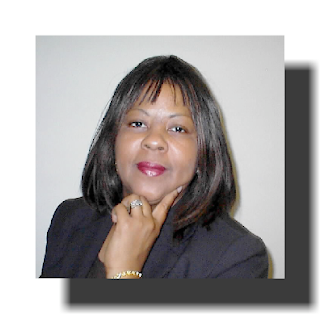 BPS is privileged and honored to have some of the best and brightest educators in the country on our team. This school year we would like to put the spotlight on some of them by introducing you to the school leaders, teachers, and administrative staff of BPS. This month we present to you Dr. Deborah Dancy.

Dr Deborah D. Dancy is the new principal at the Mildred Ave K-8 School and although she is new to the school, she is not new to BPS. Dr. Dancy has been with BPS for more than 25 years. She started as a student at Boston Technical High School where she was one of three girls to graduate in the class of 1974. Once she finished her studies in higher education, Deborah returned to BPS and worked in various roles: a teacher, a department head, assistant principal, and finally a principal.

“I am excited to be at Mildred Avenue because this is my neighborhood. I grew up 5 doors down from this school, and as a child I played on the lot that this school is built on. Through the Boston Public Schools, I have traveled national and internationally and attended some of the best universities this country has to offer. I want to inspire children to think outside of the box and to break out of the box. The world is a beautiful place for those who are prepared. Our children deserve the best and we will give them our best at Mildred Avenue,” said Dr. Dancy

Dr. Deborah Dancy was a vocalist at the New England Conservatory in 2005, a Television Producer for Boston Neighborhood Network in 2008, a recipient of the Crystal Apple Character Award in 2007 and Massachusetts Outstanding Leadership Award in 2008, a Japan Fulbright Scholar in 2006, and the author of two books: “Count Me In! Strategies For Success With All Children “(2011) and “ Yes We Can! Strategies for Closing The Achievement Gap”(2009).

A teacher who worked with Dr. Dancy when she served as the principal for The Channing Elementary School said about her, “Dr. Dancy has led us, me in particular, to understand what being a leader is all about. She has done that with caring approach, which allows us to be what we want to be, teach the way we need to teach...her successful formula is that she would do anything honorable for staff, her students and their families. That is leadership, that is character! ”
Posted by Thelma DaSilva at 1:59 PM 3 comments: Links to this post