Checking in with Phoebe 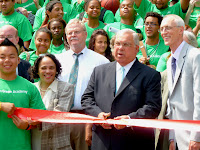 On August 8th I introduced you to the BPS Green School Fellow Phoebe Beierle. Recently, I checked in with her to see what has happened since our last interview.

Phoebe has worked on projects with partner organizations such as Green Streets Initiative, Alliance for Climate Education, Learning By Design and many more. She noted that many initiatives have been taking place to “green” BPS schools – everything from promoting walking and riding to school to incorporating hands-on environmental curriculum to improving recycling programs. I learned from Phoebe that this year alone, Boston has had the following success around green schools and environmental education:

1. The Boston Green Academy opened its doors as the first school in the district to integrate concepts of economic, environmental and social equity in its curriculum.

3. The Green Schools Fellow received a $2,000 grant to implement a hands-on unit focusing on appliance energy usage. The unit is being piloted at Boston Latin School and other schools across the state.

5. The facilities department learned that it saved the district around $75,000 in energy costs last year by installing occupancy light sensors (the lights turn on only when there is someone in the room) in 19 schools.

6. Green Streets Initiative received a $15,000 grant and is working collaboratively with Safe Routes to Schools and the BPS Health & Wellness department to encourage students, staff and parents to walk and ride (bikes or public transport) to school.

As you can see there are exciting green work happening in our schools, but much more can be done. “On average ‘greening’ our schools can save $100,000/yr on operating costs, which is enough money to pay for up to two teachers, 200 computers or 5,000 textbooks!” Phoebe said. If you’re inspired to take steps to green your classroom, check out these 11 tips that are based on the Earth Day article published on the Center for Green Schools Blog in 2011 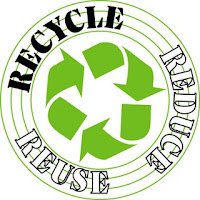 Posted by Thelma DaSilva at 10:41 AM No comments: Links to this post

Suzanne Mathews, school librarian for the Trotter School, helped to bring illustrator Bryan Collier to the school on Friday November 4, 2011. “The Trotter School is approximately 75% African American and 24% Latino," Suzanne said. "I felt that it was incredibly powerful for the children to meet someone who looks like them and makes his living creating art for children's books.” The event was sponsored by the Children’s Foundation for Children’s Books. The organization’s School Visits and Residency Program, which started in 2005, brings authors and illustrators into under-served schools in Boston.

During the event I had a chance to talk to Bryan. He was very excited to be at the school. He said, “It is important that children see successful individuals who look like them follow their dreams. It gives them hope and shows them one can triumph despite one’s circumstance.”

Bryan is an artist from Harlem. As a child, he says he was always encouraged to read. The first books he recalls reading were The Snowy Day by Ezra Keats and Harold and the Purple Crayon by Crockett Johnson. “I liked the stories but really liked the pictures,” Bryan said. He noted that seeing the first black illustrated character in a book empowered him. Ezra Jack Keats was the first American illustrator to portray black characters in children’s literature. “A book is both a window and a mirror,” noted Bryan.

His fascination with pictures led him to become a self-taught artist. He started to create a name for himself in the Harlem community and in school. He became known for his unique art style, which encompasses both watercolors and collage. He attended the Pratt Institute in New York City and graduated with honors with a bachelor of fine arts degree. While in school, he volunteered at the Harlem Horizon, which provides working space and materials for other self-taught artists in the community. “It’s important that people give back, and it’s especially important that I give back to my community because I can be that window, that opportunity.”

As I finish talking with Bryan, he prepares for his conversation with the students in the auditorium. Once everyone is settled, he starts the conversation by telling his story through his artwork. He pulls out his books and collages and asks the students, “What do you see?” As the students raise their hands and respond, Bryan asks them to go further. The kids don’t quite understand where he is going with all the questions, but he later explains that the pictures are telling them a story. Brian tells the students that he wants them to think critically and ask more questions.

He then pulls out a book with the image of Rosa Parks and asks the kids what she did for work. All the kids raised their hands. Bryan starts to call on the students. One answers, “She sat in front of the bus and didn’t give up her seat when she was asked to move to the back.” “Ok,” he says, “What else did she do, what did she do for work?” There were no hands and the students are confused. Bryan then goes on to say, “Did you know she was a seamstress?” Some shake their heads. Bryan tells them it’s important to be more inquisitive and go beyond what is given and told to them, challenging them to be critical and independent thinkers. His message aligns with the BPS vision, to “cultivate students who love to learn, to view the world as a classroom without walls, and think critically about the issues within it.”

After his presentation he asks the students if they have any questions. Hands goes up. The students are interested. They are curious and asking questions. They want to know why did he want to be an illustrator, how can they be an Illustrator, and how long would it would take to illustrate a book. A window is opened!

After the visit, I asked Suzanne Matthews for her thoughts on the event. “Overall, I think it was a wonderful, memorable and powerful experience for the Trotter student,” Suzanne said. She added, “Now when the students read a book and examine the illustrations, they can picture in their minds an illustrator like Bryan Collier making the artistic and creative choices and decisions that he described in his own process.”

The Trotter is grateful to the Foundation for Children's Books for bringing Mr. Collier to the school and the donation of 26 books to the school library. To learn more about the organization, visit www.thefcb.org.
Posted by Thelma DaSilva at 11:40 AM No comments: Links to this post