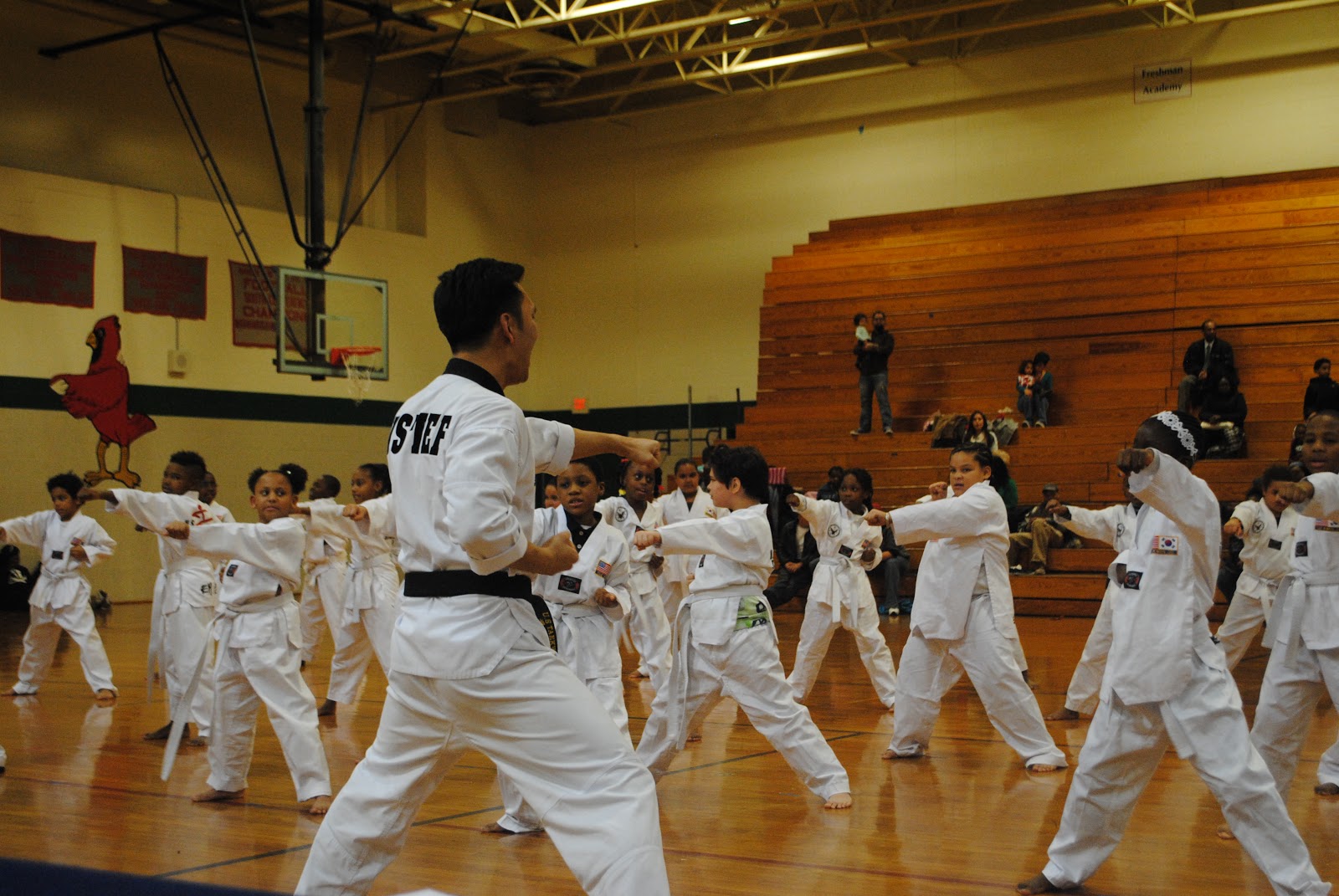 Recently I visited the Higginson/Lewis and the King, two K-8 schools that have added tae kwon do to their curriculum. As I enter the gymnasium, third graders run for their uniform and once dressed form a line. Master Hans then request silence and ask them to take position. The class then begins with segments of jumping jacks and tae kwon do forms. Master Hans has been teaching tae kwon do for more than 3 years as part of a funded program provided by the U.S. Tae Kwon Do Education Foundation (U.S.T.E.F.).

After one of the sessions at the schools, I asked Mr. Hans, how the program started at the school. He responded, “Mr. Tito Jackson referred us to the Higginson/Lewis, which was our first school in Boston area. Then, through principal Ms. Oliver's recommendations, we were able to teach in two other schools, the McKinley and the King.” The students take part in a 10 week session and then a graduation ceremony takes places where they are presented their yellow belts. 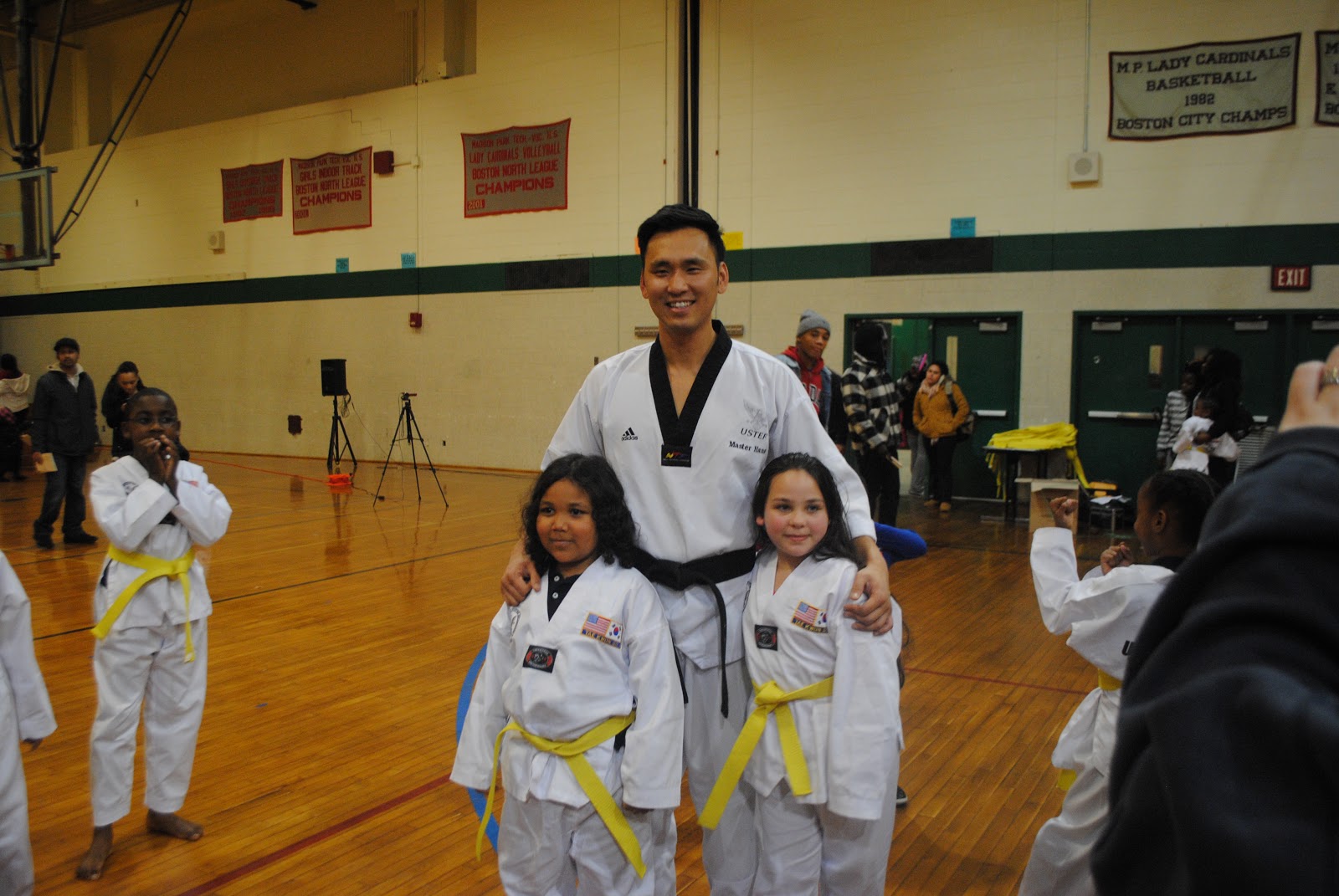 Last night I attended the graduation ceremony that took place at the Madison Park High School gymnasium. Many parents were in attendance to watch their children demonstrate all that they learned in the program. Master Hans made sure to get the parents involved in the ceremony. Some were asked to stand by their children and do some of the routines with them, and while the children shouted “Yes Sir” after each move, he asked parents to cheer. 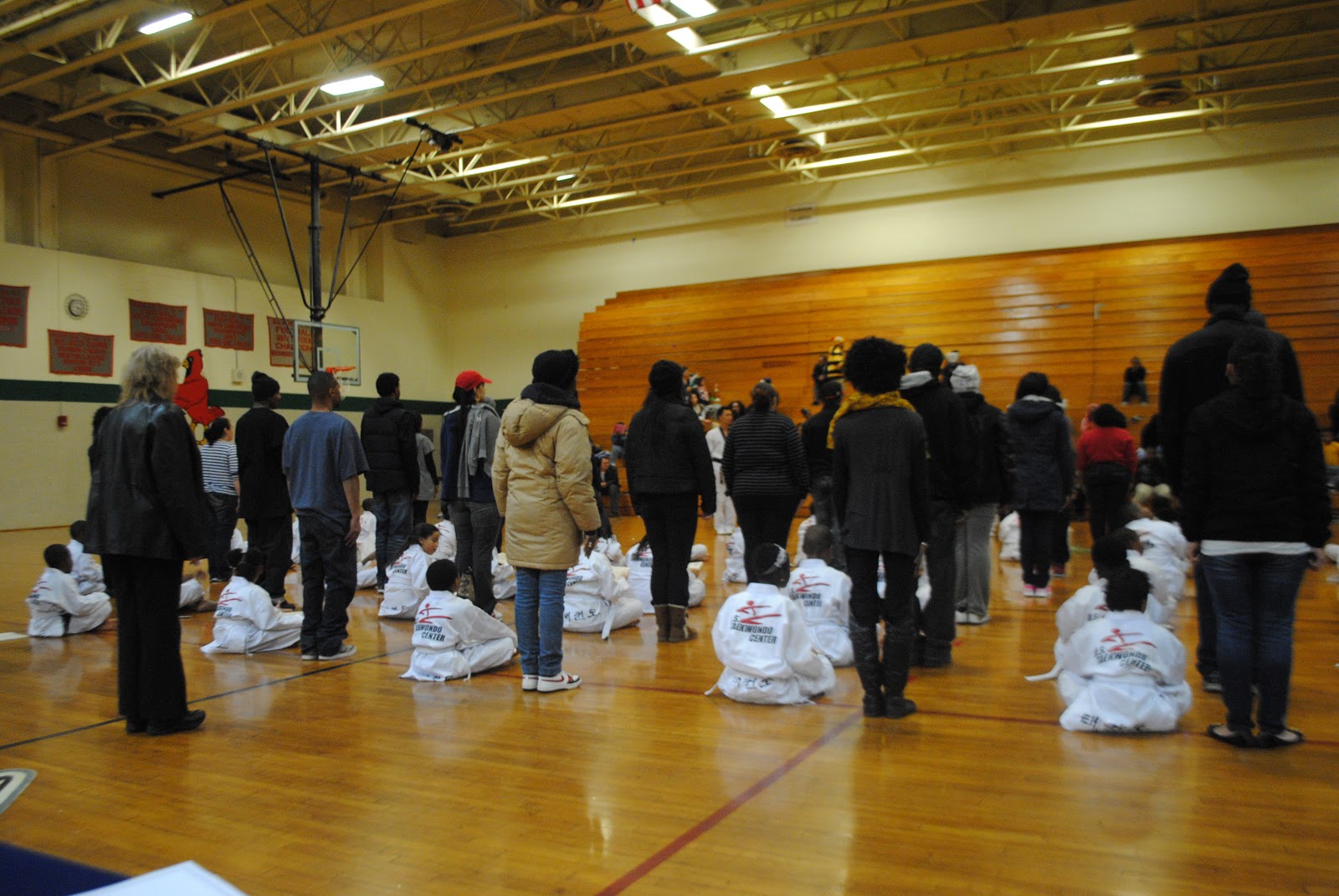 Ms. Lena Reddick, Director of Partnership and Community, said “[in her role] I am always looking for alternative ways to get parents involved-not just socially, but academically- and tonight’s program demonstrate how tae kwon has been able to do that-not only tonight, but in the classroom.” Mr. Hans affirms that by saying, “Positive thinking, good focus, and good attitude is what I strive for in the class sessions. We want all the students to get general benefits through tae kwon do and to incorporate this not only in school, but also at home.”

Master Hans looks forward to expanding the program to other schools and hopes to get more families involved. For those who want to learn more about the program visit:http://www.ustef.org/xe/


Posted by Thelma DaSilva at 4:09 PM No comments: Links to this post

Mock voting took place today at the Dever/McCormack, with all of the students participating. Neema Avashia, the 8th grade civics teacher, thought it would be a great way to get students involved and informed. The civics department has a curriculum on voting. Thus, students have been learning the history of voting and also about the candidates.

When I asked Ms. Avashia what she hopes to accomplish with this mock voting, she said, “I want kids to be more informed and engaged from an early age. The students have been super excited about this process, and its awesome! It is evident that the students are making their own decisions and taking the time to learn about all the candidates. “We even had some vote for green party candidates and libertarian candidates!” says Ms. Avashia.

All students that participated received free iTune download for up to 30 songs. A big thumbs up for the Dever-McCrmMack for voting early!
Posted by Thelma DaSilva at 4:21 PM No comments: Links to this post

Last year students from the Winship School were introduced to their outdoor classroom. Since then, it has become an integral part of the school. Science teachers have started to utilize the space more, and a solid outdoor curriculum is in place.

During a recent visit to the school, I found Ms. Walker’s kindergarten class outside learning about leaves. “What color is the leaf?” she asks, and hands are raised. She then instructs the students to look and see what other colored leaves they can find in the area. All the children run to get the task done.

The students are not only learning about life cycle of trees, but also about decomposition. There is a leaf cage in the outdoor classroom, in which raked leaves are placed. The students watch as they decompose overtime into compost and soil to feed the plants.

The outdoor classroom includes meadowlands and a vegetable garden. Parents and staff help tend the garden throughout the year. This past Saturday, students planted lots of bulbs, as parents raked, picked up trash, and  built new raised beds for planting. “There is a high level of collaboration between teachers and families," says principal Louise Kulman. " Working in teams is a hallmark of instruction in this school! ”

Posted by Thelma DaSilva at 3:26 PM No comments: Links to this post